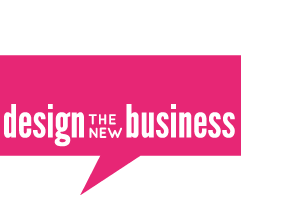 Stepping up to solve wicked problems

A while ago we had a blog post called ‘Wicked problems are all around us…is there room for design?’ Perhaps some important figures in business have been inspired by our thoughts! Well, at least we like to think so…

To help solve the crisis gripping the US economy, Howard Schultz, the CEO of Starbucks, seems to be trying to utilize some of the creative thinking that helped him grow Starbucks. Schultz has gathered the support of more than 100 major business leaders in working to break the economic “cycle of fear and uncertainty” which is preventing the economy, and the country, from moving forward. Schultz has been active in the media to promote his two main initiatives: 1) the halt of all campaign contributions for politicians in Washington D.C. until they put a plan in place to solve America’s long-term debt and 2) investment in companies through hiring and job creation.

Schultz believes that by removing the lifeblood of politicians, monetary contributions, it will create the needed incentive for politicians to stop their bickering and showmanship and instead focus on arriving at solutions.  Secondly, by pushing for hiring instead of sitting back until things look ‘safe,’ Schultz feels that companies will drive the positive outlook needed for consumers to feel comfortable and spend their money. While fear grips corporations, it also grips the consumers who drive the economy.

Now these may not sound like earth-shattering ideas, but given the context of political stalemate, they do suggest some innovative thinking. What Schultz’s call for action has done is to get others to start opening their minds. Other business leaders are contributing to the discussion with their own ideas, and Schultz has introduced a website and Facebook page aimed at generating ‘pledges’ from companies and individuals, as well as promoting the ongoing conversation.

Whether politics or the economy or one of countless other wicked problems, we don’t have to assume there is nothing that can be done…that the status quo is all we can expect. Through thoughts and action we can make a difference. Design The New Business aims to do something similar…innovate the relationship between design and business through discourse, thinking, and the desire to take the leap away from the old ways of doing things.

This entry was posted on Monday, September 19th, 2011 at 10:56 am. It is filed under Documenting the short documentary. You can follow any responses to this entry through the RSS 2.0 feed.